We Should Cheer E-Cigs and Vaping, Not Equate it With Smoking | Article by huffingtonpost.com

We Should Cheer E-Cigs and Vaping, Not Equate it With Smoking

Walking down the streets of New York I see more and more people using e-cigarettes. I see them enjoying their e-cigarette outside a bar or as they hustle down the street and it is easy to imagine that these e-cigs have replaced their previous form of tobacco intake, the cigarette.

I instantly feel a solidarity and connection with these folks. I have my own long and complicated relationship with cigarettes. I have tried everything to break my habit. I have tried the patch and the gum. I have tried hypnosis and Wellbutrin. And out of all of the replacements and strategies, I have been most excited and optimistic about e-cigarettes and vaping.

It is encouraging how fast e-cigs and vaping have taken off. Smokers aren’t stupid. When offered a safer model to obtain their nicotine, millions will choose it. The fact that e-cigs can be purchased at most delis and stores makes it easy for those who want to practice harm reduction in their life. We also see vaping shops like the”Henley Vaporium” in Soho (where I go) popping up around the world. These spots allow former smokers a relaxed place to hang out, try different flavors, bond with others who have quit smoking, and encourage a healthier life style.

Yet instead of cheering the great news that millions are now quitting smoking, we see too many in the health and anti-smoking fields beating the drums against e-cigs and vaping. Opportunistic politicians and anti-smoking lobbyists are ignoring the emerging evidence that vaping is vastly safer than smoking and instead are trying to equate the two activities. City after city is passing the same laws against vaping as against smoking.

From New York City to Santa Monica, California, we are seeing cities passing laws against vaping in public places, including beaches and parks. The message they are trying to send is that vaping is bad and people shouldn’t be exposed to it. But why? The second hand smoke is no longer harmful yet they still want to stigmatize and limit it. If someone wants to vape in the privacy of their office why shouldn’t they be able to?

Other bans are also on the horizon. States will copy New Jersey and begin discussing banning e-cigarettes for those under 21. Why would we want to discourage a 20 year old or even a 17 year old smoker from giving up cigarettes and switching to e-cigs?

Fortunately there are health professionals and doctors who have thought this through. Dozens of health experts generated news when they sent a letter to the head of the World Health Organization urging them to embrace e-cigarettes as a life saver. E-cigarettes “could be among the most significant health innovations of the 21st century, perhaps saving hundreds of millions of lives,” the group said.

Anti-smoking advocates have become so used to demonizing smoking and so afraid of giving an inch that they are waging a war against a practice that is actually accomplishing the goal of reducing or eliminating people’s smoking. They should know better than most that a tool that may help millions of people stop smoking cigarettes should be celebrated and embraced — not restricted and stigmatized.

Tony Newman is the director of media relations at the Drug Policy Alliance (www.drugpolicy.org) 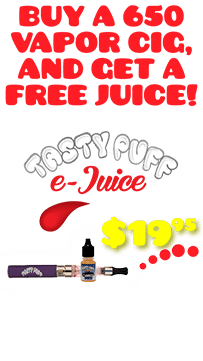